It is estimated that nearly 70% of the legally blind community is currently unemployed. 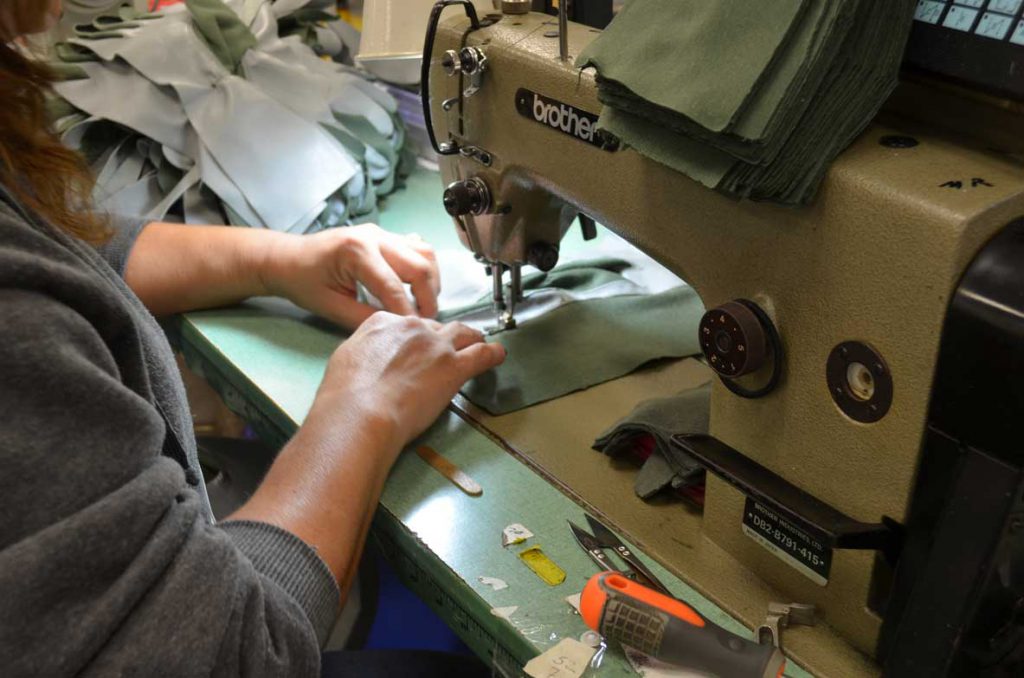 stlb™ was subcontracted for the labor as hard knuckle gloves were sewn together from cut raw material parts that were provided by the vendor.  This included free hand sewing the hard knuckle components on the gloves.

stlb™ was subcontracted through NIB for manufacturing of the military helmet ACH chinstraps.  Rolls of webbing were cut and sewn on automatic machines that were engineered with metal plates that held the parts and components together.  The machines were programmed to sew each different component.  All the sewn components were then assembled by our employees with hardware, buckles, and components to create the finished product.

The Circular zipper pouches was produced for a commercial customer who needed a partner that had experience and could produce a circular zipper pouch that was Berry Compliant (all materials were produced from materials grown and produced in the United Stated, including labels and thread).  It was a multi-compartmented pouch that had a zipper for a majority of its circumference with inside pockets.  It was a new project that allowed stlb™ to gain more knowledge in different sewing applications.

The knife sheath was produced for a commercial customer who needed a partner that had experience and could a sheath that was Berry Compliant (all materials were produced from materials grown and produced in the United Stated, including labels and thread).  stlb™ produced nearly 60,000 units over 8 months.

stlb™ has been finishing and assembling Mechanic’s gloves for the Federal Government since 2013.  These gloves come unfinished from overseas, to provide the government with cost savings in materials, and then finished and sewn in our facility in Corpus Christi by our employees who are blind.  The sewing steps are accomplished through our programmable machines that have a specially designed plate installed to allow the sewing application safely and effectively. stlb™ produces over 50,000 pairs each year.

stlb™ produces of 15,000 pairs per year of the Summer Flyers.  This was the original project which jumpstarted the current sewing line and has allowed stlb™ to continue to expand.